A Phone For Grandma

I have a 91-year-old grandmother. She lives in Nashville, so I don’t get to see her much. But it is nice to talk to her on the phone.

But even that is difficult to do. Smartphones are a little too complex and feature-rich for her. And I wouldn’t expect her to remember my phone number to use a landline.

Challenges grandma has when using a phone.

Things grandma needs to do with her phone.

Things grandma doesn’t need to do with her phone.

I Googled “phone for elderly” and this is what we get… 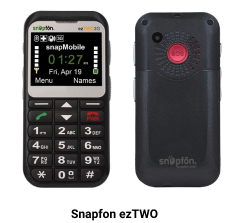 $59 The large SOS button on the back is nice, but what are all the physical buttons for? How is this phone user-friendly?

$79 Aside from the SOS button, and slightly larger keys it doesn’t seem to have many features to make it easier to use. Why would I give her a phone most people would hate?

$99 This one gets better with the touch screen, but it still retains all the same features as a normal smartphone. App icons just have larger lables. Grandma definitly doesn’t need a map to get around.

Looking at the prices of these phones, sadly it looks like people don’t want to spend more than $99 on grandma 🙁

Maybe used phones could be unlocked and this simple OS could run on them. Below is the phone I would build if I could. Note all items on the phone are identifiable in three different ways, color, icon or text. So even if you are color blind and can’t read you should still be able to use the phone.

The primary difference from normal phones is that there are no apps, and the contact list is the home screen. This way when grandma picks up the phone she sees the faces of the people she may want to call. Like an interactive photo album.

While not too attractive the UI also is high contrast, large everything and may have some other features like default to speaker or other accessibility options for hearing like our phone currently have. There are also no numbers in the UI. Phone numbers are added through the discrete menu settings or remotely. 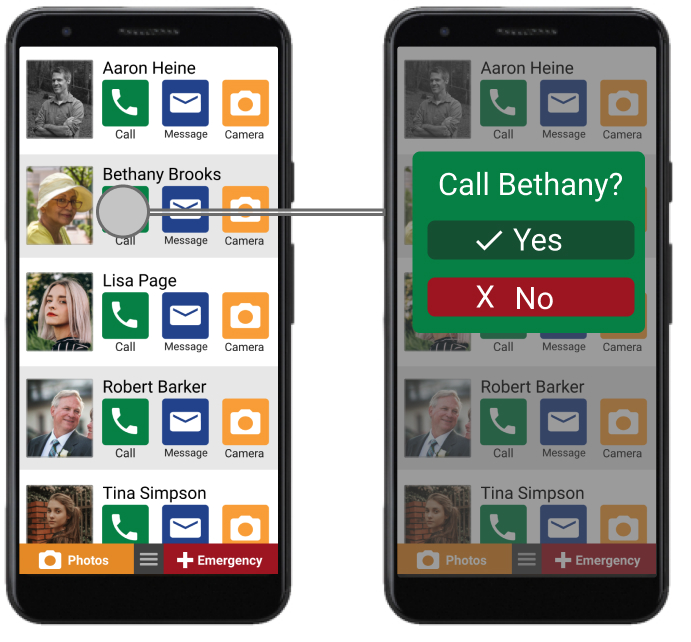 I think for text messaging the phone is going to have to default to horizontal. The keys are just too small in verticle orientation.

Also maybe speak the received messages? Apple has some great accessibility options for vision as well. 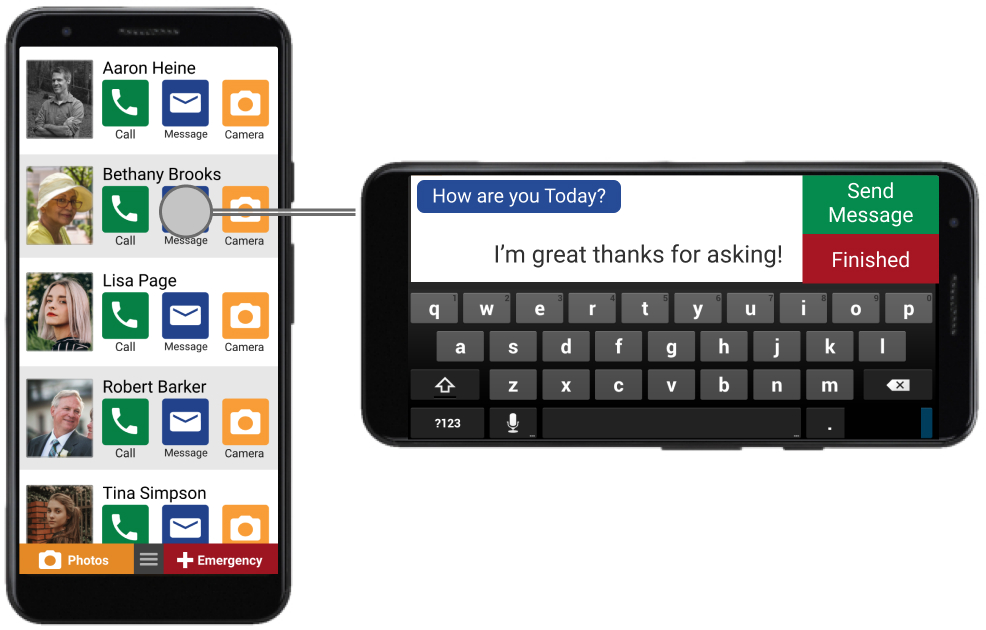 A huge part of taking photos is sharing them. This layout makes that as easy as possible to take a photo and send to someone.

For simplicity, I merged the camera screen and the photo library screen. 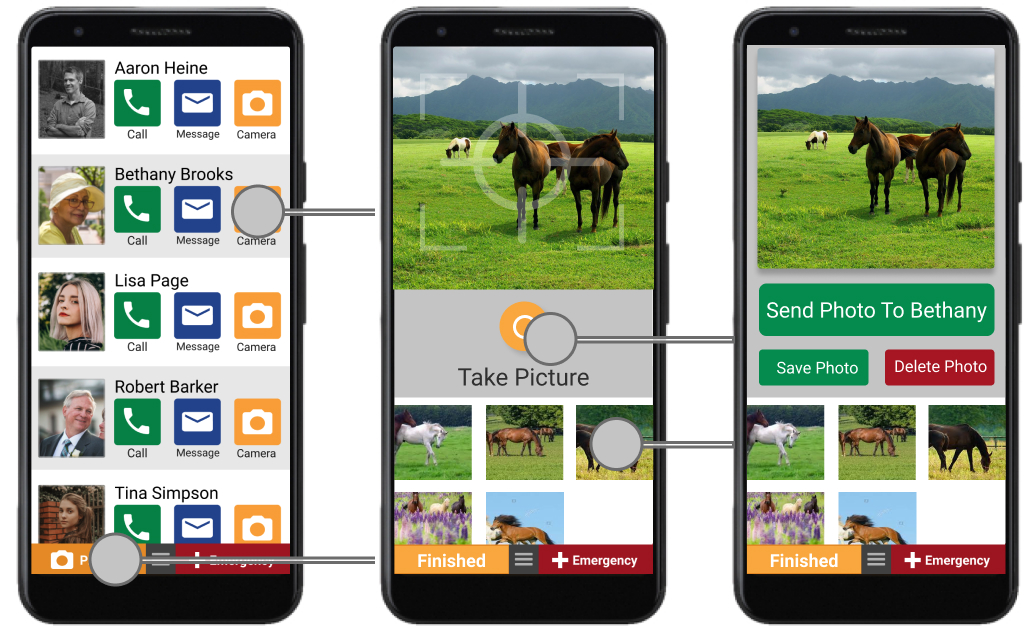 Normal smartphones only listen for voice calls when you ask the phone to listen by saying something like “hey Siri.”

The primary reason for this is that too much battery would be used for the phone to be listening and interpreting your voice whenever you are using it(which is a lot).

However, because this phone doesn’t have YouTube, Twitter an App Store, or any of those things that cause us to have our phones open for so long each day, I believe it would make sense for this phone to always be listing to call-commands when the phone screen is on. It would not be listening for commands during a call or in camera mode.

I envision this phone being bought and service paid for by a loved one. These are some things you may need to do these things for your mother’s phone.

Often times this loved one may not live near them. It would be great if the loved one could manage the phone from their own phone.