My youth was a music listening paradise. Even though I couldn’t afford to pay $17 for the albums I wanted, I had a workaround.

You may remember Columbia House and BMG. They’re a mail order music service that offers deals that sound too good to be true, like 12 CDs for the price of one. Well, if you return the card they send you every month saying you don’t want the featured selection you actually can get 12 for the price of 1!

I was getting the best music from the last 40 years delivered to my door on a regular basis! I quickly had towers of CDs and I was always listening to artist I had never heard before like the Grateful Dead and Talking Heads. Life was good.

with the sound of music!

But then the internet happened. (and my loaded 200 disc CD changer was stolen)

Now we’re cramming hundreds of songs on an MP3 disc, scribbling on it with a sharpie, and thinking we have it all.

However, my music listing habits were becoming a disorganized mess! Because I now had endless copies of my friends MP3 disc they had little value and zero visual value. I didn’t keep them nice, and I didn’t like them. So, I just started listening to more radio repeats because I didn’t want to dig through the glove box for CDs, wipe the smudges off, and play Abbey Road that I believe was somewhere between tracks 110 and 130 on disc 5.

I became hopeful with iTunes when they really made an effort to bring album art to the screen and the UI was a pleasure to use. But the software became bloated with features, and the lure of “you can have it all” subscription services was strong.

Pandora and Spotify brought on a whole new age of content overload for me. I’m not a fan of randomly playing music, and Spotify doesn’t make much of an attempt to satisfy visual people like myself.

UI/IU design aside… I believe paying a modest price for albums I want, instead of a subscription for everything would be better for my listening lifestyle. 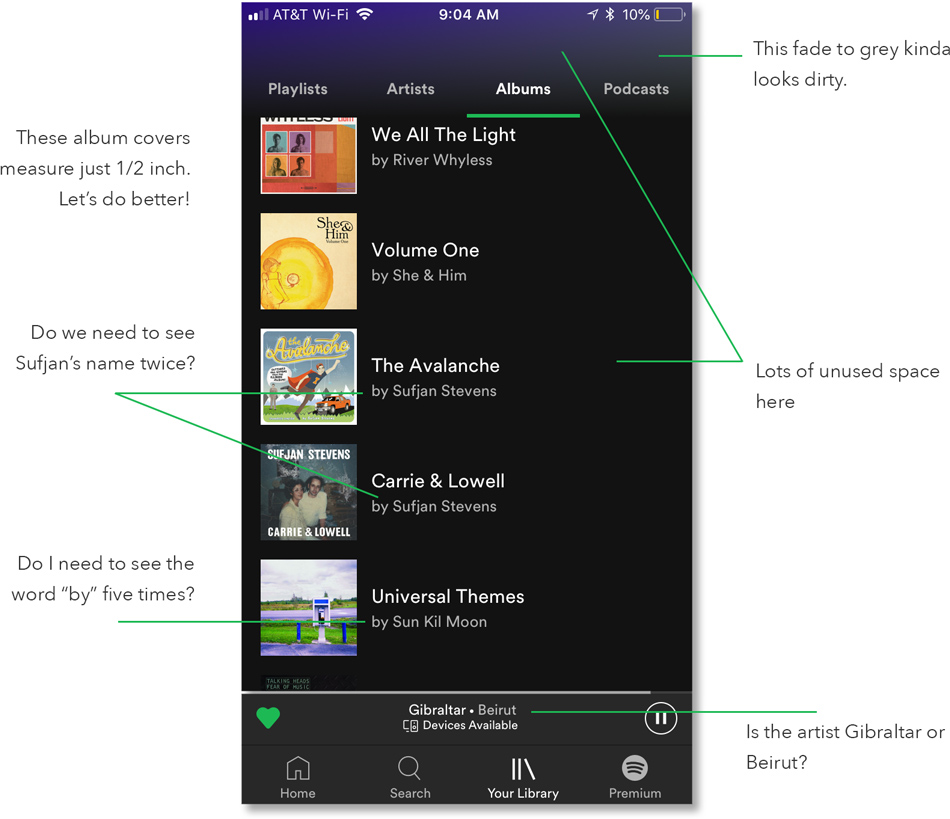 The primary opportunity above lies in being able to do a better job of grouping artist’s albums beyond just placing them next to each other in a list. 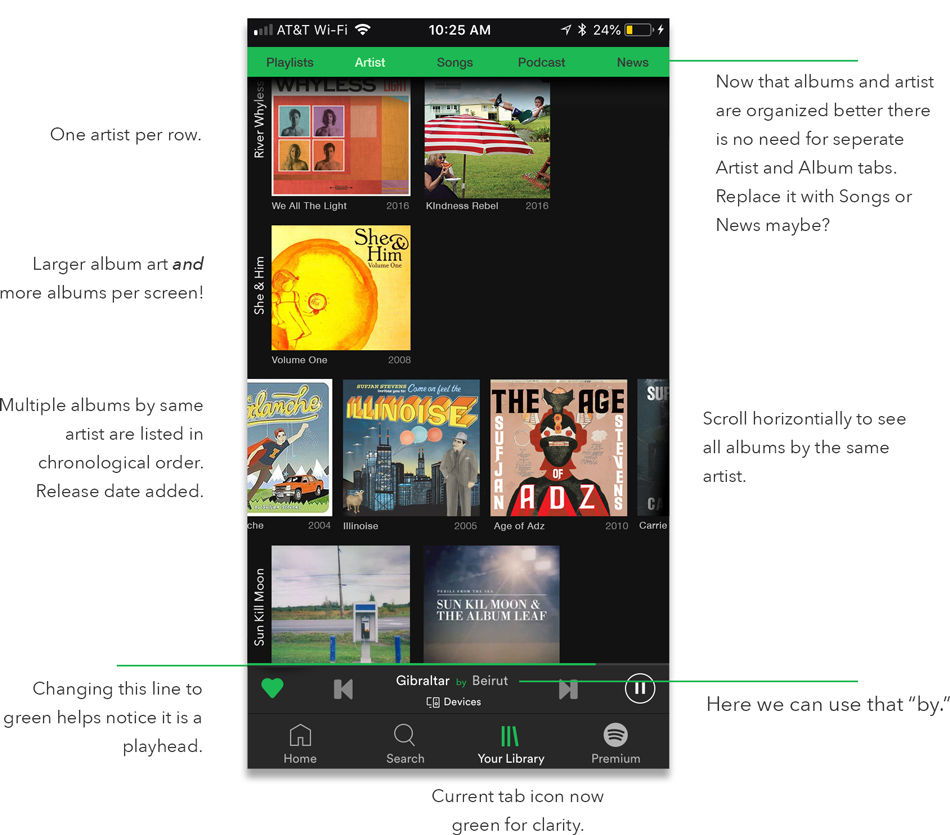 Above we could fit 12 covers on a screen instead of just 5! And the covers are 70% larger! There is more direction for the user to identify albums by cover instead of by name.

Forward and reverse buttons anyone? I threw them in but it’s possible they are not there already because Spotify wants to limit the amount of skipping for data reasons.

Release dates help you understand the story behind the music. You get to see how a musician changes over time, and what kind of influence they may have had, or who they influenced during that time period.

Release dates and chronological ordering is something I would have really liked back in the good ol’ days.

What the hell.. Lets prototype it out!